RDF: On the Freedom to Offend an Imaginary God

If your Interesting article about freedom of speech


RDF: On the Freedom to Offend an Imaginary God

Email ThisBlogThis!Share to TwitterShare to FacebookShare to Pinterest
Labels: Atheism

Up date on surgery

I had the operation on my neck on the 13th august 2012.  Everything seems to have gone well, the pain in my arm has improved considerably but my neck is still very stiff, hopefully this will improve quickly. I hope to get back to some serious training the near future.  In the mean time I have been helping to teach at Kixx gym using mostly verbal instruction.
It is very frustrating not being able to join in the fun parts of a class, such as drill training and self defence techniques. But I have to pace my recovery so I don’t undo the good work the surgeons have done.
The good thing about being off work is that I have had time to research the origins of one of our forms” Tzu Ping Chuen”, having been given some helpful hints from Kim Sen Han. I will go into more detail on this research in a latter post.
For now I am just happy that the surgery went well and I can soon get back to some serious training.


Horse stance is one of the three main stances in Chinese Boxing, along with front stance and back stance.


When performing horse stance you should start with your feet about 2 shoulder widths apart then sit by bending the knees. The knees must stay in line with the feet to avoid injury, bending until the thighs are parallel to the floor. You should have a 50% weight distribution on each leg; the torso must remain upright with the hands off the legs, its best to have them in fists on the waist or with the arms out stretched in tiger hand form.


It’s very important not to allow the knees to collapse in putting stress on the knee joint. The feet must point forward, do not allow them to turn out to the sides.

Back stance is one of the three main stances in Chinese Boxing along with Front stance and Horse stance.


When performing back stance your back leg should be bent with the foot pointing at a 90° angle to the front foot, about 70% of your weight should be on the back leg. The front leg should also be bent; the front foot should be pointing forward with about 30% of your weight on the front leg. The hips should be pulled around so when viewed from the front the upper torso is facing to the side. This turns all of the vital points (groin, solar plexus and throat) to the side making them harder to attack. The body must be upright, don’t lean as this will result in the stance being unstable. The length of the back stance should be about 2 shoulder widths


It is very important that you don’t allow the knees to collapse in, as this weakens the stance and could result in an injury (look after you knees). Never let the front knee be straightened in back stance as it could be stamped on by an opponent.


When moving forward in back stance push from the back leg driving the hips forward and bring the knees together staying the same height, (don’t bounce up and down) at the same twist the hips so they now face forwards, then step forward at the same time turn the hips back to the opposite side landing with the feet at a 90° to each other landing in back stance. When moving back push from the front leg driving the weight back over the back leg before stepping back bringing the knees together with the hips facing forwards then step back into back stance.


Back stance should be practised as low as possible to promote strength and flexibility. All blocks, strikes and kicks can be performed from back stance.

Set sparring is a set up fight routine, it is composed of fighting moves, and choreographed to run smoothly from start to finish. If you think of a fight scene in a movie, that is basically a set spar, this should give you some idea what a set spar looks like, but without the camera tricks. Set sparring can be done with empty hands against empty hands, weapons against weapons of all types, also weapons against empty hand.
The purpose of the set sparring is to learn fighting techniques and strategies in a safe manner. As opposed to “”free sparring “ where any technique can be used at any time , set spars have a fixed routine so you know what’s coming. This means there is less chance of injury, although care must be taken at all times.
The performers of the set sparring have to help each other. This is essential for the set spar to look right. If one performer is going at a speed faster than the others (usually only two but sometimes more) it will look as if he/she is always waiting for the others to catch up .It will end up in the situation were if a punch or kick is done faster than the opponent can block they will be waiting for the block with their hand or foot hanging in the air. Or if they anticipate the next move and a block is done to early they will be waiting for the technique to happen, therefore the routine looks fake .The set spar should look as real as possible, and so it is essential that the performers work together. As the saying goes " it takes two to Tango".
Once one side of the set has been learned , the performers should change sides so that all sides of the set are learned by all participants. This is important so that all techniques can be both applied and defended .
Once the pattern has been learned the performers should start to make the techniques as martial as possible, while still allowing the set to flow. It is important to use focus and power, but  in a controlled manor. Correct distancing must be shown, they should be able to make contact with each technique if they choose to. Correct posture must also be demonstrated at all times. Be careful not to use excessive contact.
The final stage once the set has been mastered by all participants is to fight the set. This does not mean beating the crap out of each other, it means doing the techniques in a manor reflecting real fighting.  This is the most advanced stage of learning the set spar. The end will not be reached when fighting the set as usually only a few moves can be done before someone is hit or stopped. Small sections of the set should be done in this manor at a time, until all techniques in the set can be done in real time with ease.
Remember it is vital to help each other while doing the set. It is very easy to make someone look silly if you know the set better than they, but what would be the point! You won’t learn anything and will very quickly run out of people willing to train with you.

Forward stance (Gong Bu) is one of the three main stances in Chinese Boxing, along with horse stance and Back stance. 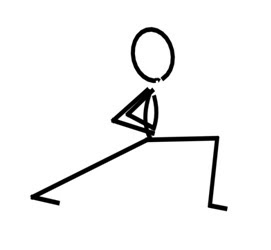 When performing forward stance the front leg should be bent to a 90 degree angle with the foot pointing forward, the front knee must be in line with the foot so when you look down at your front foot the knee just covers the big toe. Do not allow your knee to fall to the side; (this will put side pressure on the knee joint which could result in injury) the shin should be vertical when viewed from the front and side, the thigh parallel when viewed from the side.  the back leg should be straight but not locked out with the foot pointing to the side at about 45 degrees, the feet should be about one shoulder width apart and about twice as long as it is wide. 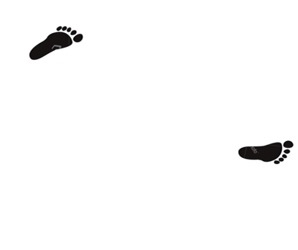 The back must be upright with the hips turned to face forward the weight distribution should be about 70% on the front leg and 30% on the back leg.
This stance should be practiced as low as possible to promote strength and flexibility.
Remember to relax the hip joint so that the hips and shoulders turn to face forward (if you had a head light on your belly button it should point straight ahead), do not lean forward, and keep the torso upright.
All blocks and strikes can be used with this stance.
When moving backwards or forwards in forward stance try to keep at the same height, don’t bounce up and down. If moving forward push off from the back leg driving the hips forward, bring the back leg in to the front leg so that the knees are together, remember stay the same height, then step out forward while keeping the weight back until the foot is placed in position then transfer body forward turning the hips so you end up in forward stance with the hips square. To go backwards push from the front leg to transfer your weight over the back leg so you can step back bringing the knees together, then step back, once your foot is in position turn the hips forward.

My neck problem seems to be getting worse at quite rapid rate. I was awake most of the night in pain last night, so have not gone to work today, (I work for Royal Mail as a Postman). It’s hard to function on only 2 hours sleep! I never thought I would say it but I can’t wait to get my operation done and dusted so I can get on with my life without pain. (Boohoo more felling sorry for myself, this is a good place to vent my frustration) I’ve always had good and bad days but lately it seems more bad than good.
The neck problem causes pain and weakness in my left arm and down the left side of my torso, my left hand is also numb with reduced small motor function which is not good as I am left handed and find it very difficult to write and type! When the muscles become tiered which is all the time (feels like I’ve done 10 hours weight training) they cramp up.
All of this is very frustrating for me as I want to get on with my training.
Enough whining for one day.
Posted by Unknown at 01:49 No comments: